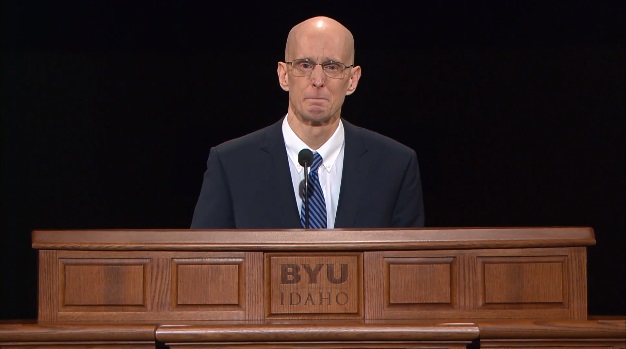 President Eyring…. No Not the LDS Apostle but his son Henry J Eyring, recently gave an address at BYUI titled “Gaining and Strengthening a Testimony” where he lays out logical fallacy after logical fallacy in order to justify belief in the Book of Abraham specifically and to deal with the criticisms of the Church collectively.  Combine that with his having seemingly developed the same habit of reeling you in with his tears as he cries at the drop of a hat like his father and you can sense why Grandpa Eyring the Scientist is almost assuredly shaking his head in the grave.