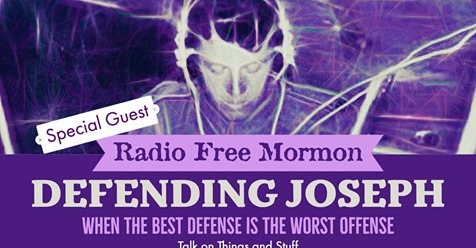 RFM joins the fabulous Jonathan Streeter (and Yugio!) to investigate the best documented plural marriage of Joseph Smith.  In the process, they manage to pick apart the most common defenses for Joseph’s polygamy put forward by Mormon apologists!