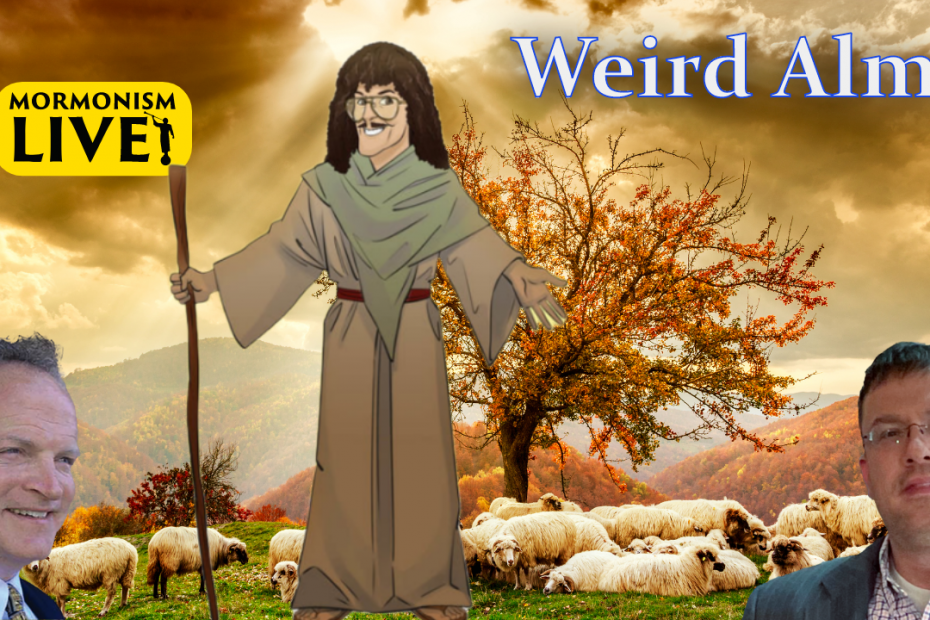 This week RFM and Bill sit down with the creator and musical artist known as Weird Alma. Weird Alma has brought us musical parodies such as Gaslighting, S.C.M.C., Tapirback Rider, You’re (Several Months Shy of) Fifteen, and many more. Weird Alma shows us firsthand that humor and music can play a role in our processing and healing from religious trauma.

Weird Alma the artist is not associated with Mormon Discussion Inc. or the Mormonism LIVE Show.  His song’s contain similar tunes and lyrics to other well known songs.  He holds that said use of music falls under FAIR USE and under the realm of Parody.  Parody is a literary or musical work in which the style of an author or work is closely imitated for comic effect.  Eric Herman offers his parody songs for free hence his music is not for commercial use.  The only monetary gain for Mormon Discussion Inc (a Federally approved Non-profit) is youtube advertising which it is sharing per youtube’s agreement with the original artists.