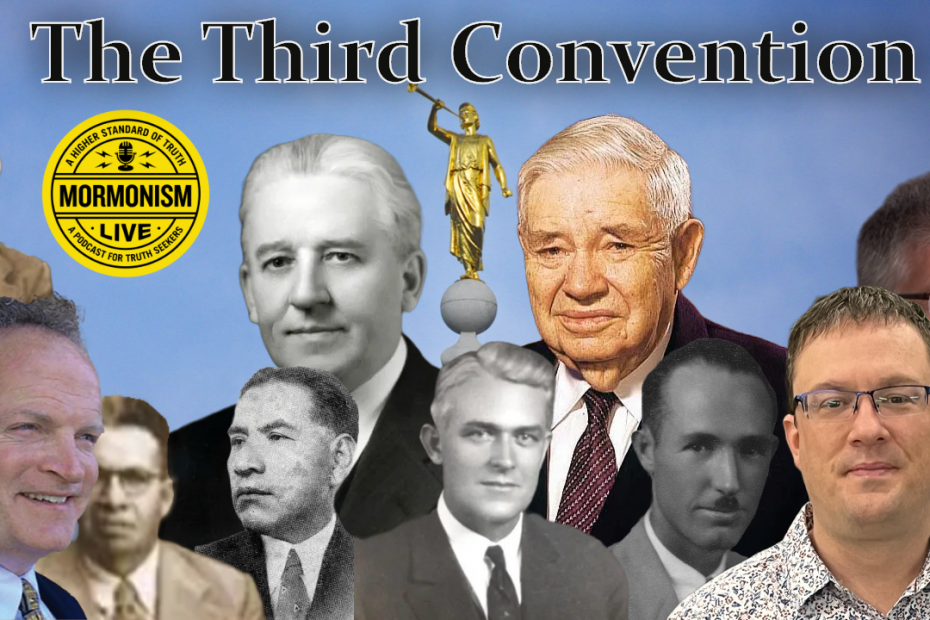 Apostasy is something the LDS Church show serious concern over. And why shouldn’t they knowing James Strang, Lorin C. Wooley, Denver Snuffer, Julie Rowe all have led Splinter Factions of one sort or another that have had influence over segments of Latter-day Saints. The idea that a few voices or even a single voice can sway large groups of people into disaffection has the Brethren always on guard. But often the heart of the issue is the lack of listening on the part of the Leaders themselves who can in fact be their own worst enemy. We dive into one such story where LDS Leadership and those they call to preside often become their very own stumbling block as we discuss “The Third Convention”.

[ Cristero Rebellion, a peasant uprising from 1926 to 1929, pushed Mexico to the brink of political chaos. The Cristeros generally saw the conflict as a religious war against the anticlericalism of the Mexican government. This anticlericalism originated in northern Mexico, where North American-style entrepreneurs, Protestant converts, and ambitious politicians built a movement to transform their traditionally Catholic nation into a center of secular economic expansion. The movement’s leading proponent, Plutarco Elías Calles (president of Mexico, 1924–1928), placed rigid regulations on the church, including required registration of priests and the closing of church schools. The church responded with a strike—the cessation of religious services—which caused a panic among the faithful. In Jalisco and the surrounding states of central Mexico, this panic sparked a peasant rebellion. Government claims that the rebels were superstitious tools of scheming priests were largely propaganda. Only about 45 of the 3,600 priests in Mexico supported the rebellion. The Cristeros were indigenous and mestizo peasants whose motives for rebellion were mixed. Most acted to defend their faith against an expansive secular state, while others seized the opportunity to demand more extensive land reform] – https://www.encyclopedia.com/humanities/encyclopedias-almanacs-transcripts-and-maps/cristero-rebellion

Harold Pratt along with Abel Paez and Margarito Bautista (Valencia)

Who is Margarito Bautista

Juarez comes up against Paez

Outcome of that Visit

What Happened to the Third Conventionists

Efforts to bring them back into the fold

They return to the fold

SLIDE SHOW for this Episode – https://mormondiscussionpodcast.org/wp-content/uploads/sites/2/2022/11/The-Third-Convention.pdf