BREAKING NEWS:  More information has been forthcoming regarding Ensign Blair’s Miraculous rescue of his Navy Ship in a Typhoon 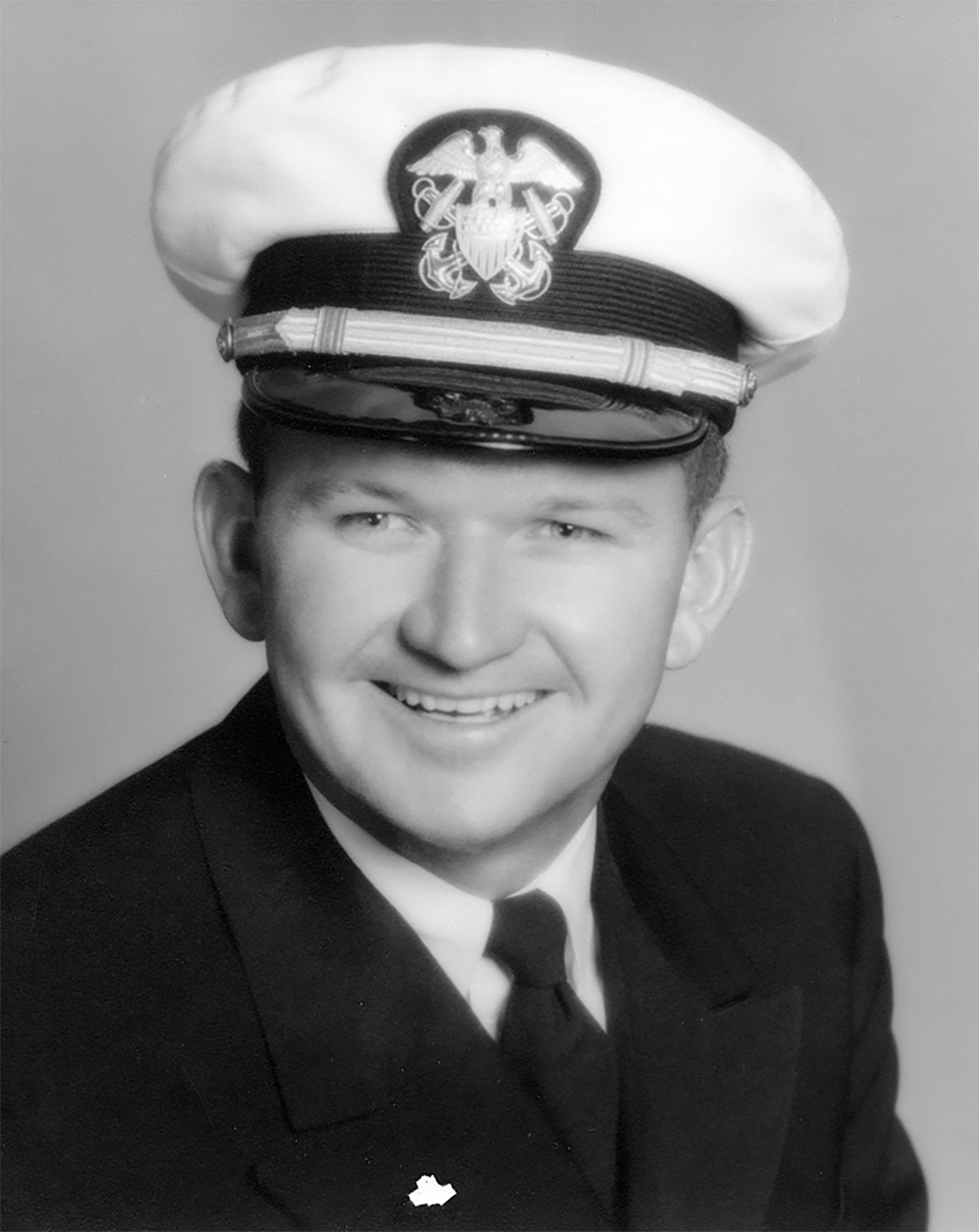 Ensign Frank Blair (shown in photo above) told Elder Larry Wilson a miraculous story about his inspired resolution to issues aboard his navy ship in the midst of a typhoon during the Korean War.  The trouble is the details of this story are less believable than the tale of the crew of the S.S. Minnow.  Below are a list of issues with Ensign Blair’s story.

#1 – his story has a captain leaving the bridge during a typhoon to make way to Ensign Blair’s cabin. This seems to break navy code

#2 –  his story has the Captain permitting Ensign Blair to go out on the deck to “gather info” during a typhoon w/ 45′ foot waves. This would be against good judgement and dangerous. 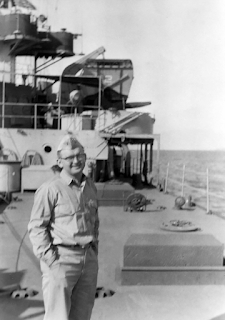 #3 – Notice the reason for the fact finding mission in #3 is made null and void by the fact that Captain and Engineer are already discussing a solution to the problem (their gauges told them the issue) when Ensign Blair shows up to the Bridge.  That God in essence sent Ensign Blair on the deck to risk his life to gather info hence discovering a problem the Captain and Engineer already knew. In other words his walking the deck was unnecessary as the gauges on the bridge communicated the same info. The issue was not knowing the problem, but rather deciding a solution.  Why would God put Ensign Blair in such unneeded risk to learn something already known? 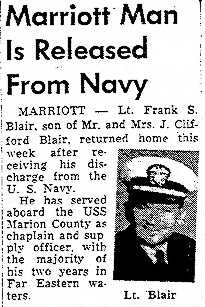 #4 – Also the newspaper clipping (shown above and dated August 19, 1955) has him serving on the U.S.S. Marion County. While Elder Wilson tells us the Ship has three engines, it actually only has two.

#5.) Ensign Blair claims to see the propellers (also called screws) from the deck after securing himself to the the deck in a typhoon, at night, with 45′ waves. The propellers or screws as they are called are below the boat tucked away from the outside edge. Think through what angle he would have to be at leaning off the side of the boat to see the crews as they come up out of the water in a typhoon. Think about what it would take to secure himself and manually lengthen or shorten the rope he is tied to. This story is absurd and false.( See sketch below) 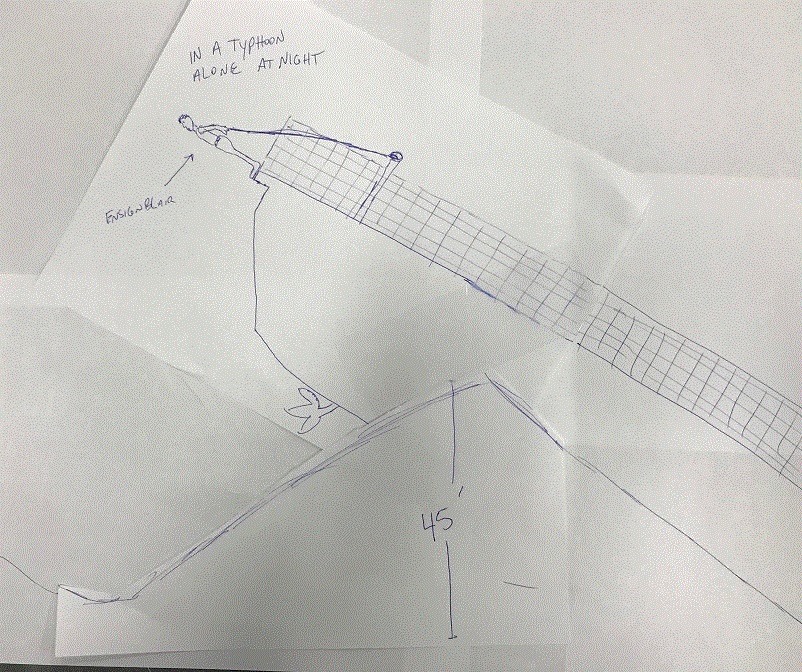 #6 – While the newspaper (above) tells us Ensign Blair was a Chaplain, Elder Wilson tells us that there was no Chaplain and Ensign Blair, the upright religious sailor that he was, filled in.  Who informed the Newspaper that Blair held the officer title of Chaplain?  If Ensign Blair himself, then such is a deceptive and dishonest move as to claim a title one did not officially and legitimately hold would raise eyebrows.

#7 – Elder Wilson refers to the propellers as “giant propellers” but as you can see on the image below this style ship had very small propellers, due to the need to get up on land to drop tanks off. 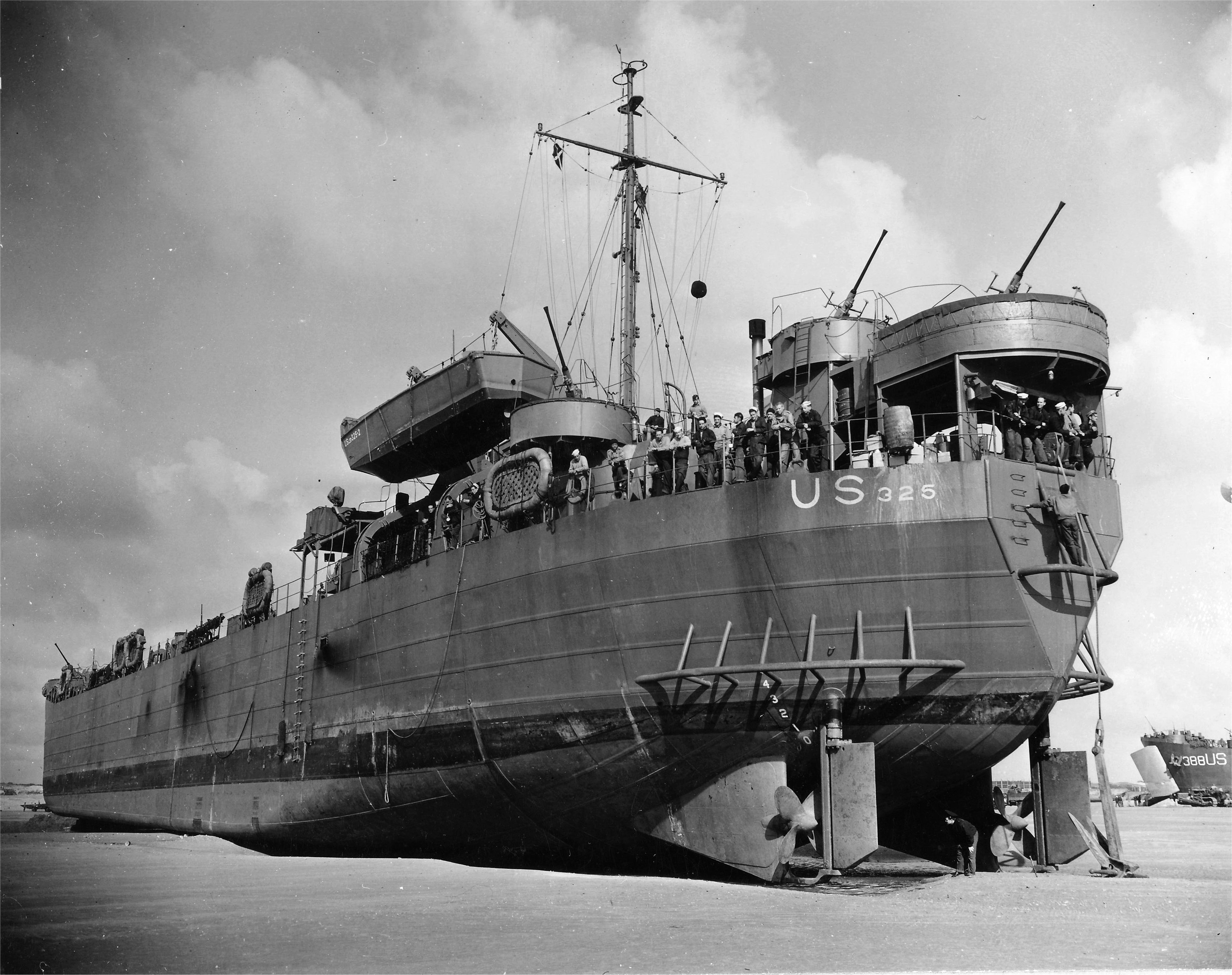 #8 – Elder Wilson starts this story with “During the Korean War”.  Except as seen in the newspaper clipping above (which was dated Aug 19, 1955), Ensign Blair did not begin his 2 year military stint until after the Korean War had ended (Korean War ended July 1953).