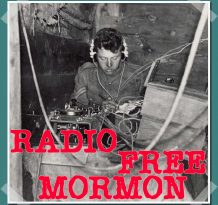 RFM gives a workshop in identifying and dismantling bad apologetics, using the Adam-God Theory as a classic example!