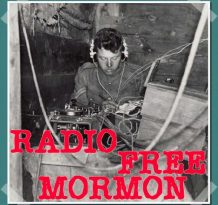 Tonight I have the distinct honor of interviewing Dr. Simon Southerton, whose 2004 book, “Losing a Lost Tribe,” made headlines around the world and sent shockwaves through the Mormon Community!  The reason this book made such a splash is because it demonstrated beyond a reasonable doubt that a Semitic tribe such as depicted in the Book of Mormon did not exist in the New World.  And it was all right there in the DNA!

Dr. Southerton talks about his early years that led up to his writing, “Losing a Lost Tribe,” and how advances in DNA studies since that time continue to corroborate the original conclusion.

We even take a crack at the LDS Gospel Topics essay on DNA and the Book of Mormon!  Come along for the ride!